If the good is heaven… better be close!
For some time now this part is comes with reference to so-called “height wine”; but, what is meant by this?, where is it grown?, to how much altitude?, how is this wine?, what sets apart it from the rest?…

When I was in school a teacher said: “Spain is the second most mountainous country in Europe”; With that phrase I wanted to say that our country was, after Switzerland, the country with the highest average altitude of Europe. In viticulture, the altitude and latitude are very linked; as examples of crops at low altitudes we have the Rhine Valley to 115 metres above the level of the Sea (masl), where the Rheingau wine-growing region is, and produced the famous Riesling; French regions as the Macons village in Burgundy to 170 meters above sea level, the region of Jura in Voiteur 250 meters and Saint Emilion Libourne in Bordeaux to 23 and 15 m respectively. 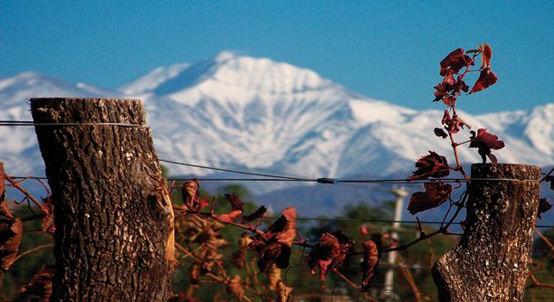 Spain is a country suitable for the cultivation of this type of height wine, we find vineyards in Vall d’Aran 1200 m asl, in Almería in Castilla y León, with several vineyards above the 800 meters or 1500 meters above sea level. In Europe there are also vineyards at high altitudes as the Valle d’Aosta in Italy 1350 m asl, in Heidadorf (Switzerland) to 1150 meters above sea level; And in American countries there are more altitude, but in tropical latitudes vineyards in Argentina and Bolivia.

To be able to call it wine of height, needed to be made with grapes from a vineyard at a very high altitude, a dimension that will depend on the professional that we talk about, being the most common from 800 meters above sea level, up to altitudes where the climate allows crops AR the vineyard and grapes reach optimal maturity.
There are many benefits that brings the height to these wines with respect to others, where the heat causes an accelerated maturation of the grapes. One of them is an enviable refreshing effect, due to a higher acidity caused by long winters and a very pronounced thermal difference between the day and night during the ripening period; with this difference in temperature of about 30 ° C, and the freshness of the evening, slows the ripening, that enhances the accumulation of aromas and fruit flavors.

During the day, the greater proximity to the Sun and the cleanest skies, radiation is greater, which favours a better photosynthesis, with the result of better color, higher acidity, more aroma and taste better. In addition, it also increases the already beneficial cardiovascular effect by its antioxidant effect, as the polyphenols present in the seeds and skin of red grapes that are the key to this phenomenon, are in greater concentration in these wines from vineyards in height. Research on this type of wine in the region of Nuoro in Sardinia and in the Republic of Georgia that could contribute to a greater life expectancy, as both parties already have high centenarian population are underway.

Categories: Winetourism
We use cookies to ensure the user gets the best navigation experiences. Please be aware that we asume that you accept them if you continue navigatingAcceptRead more